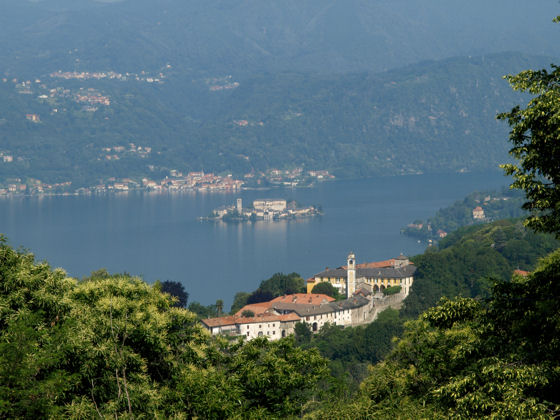 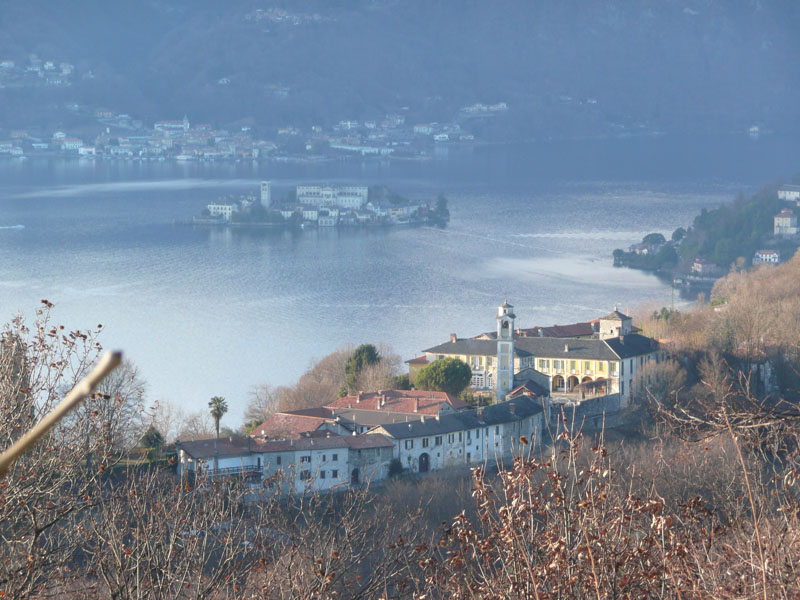 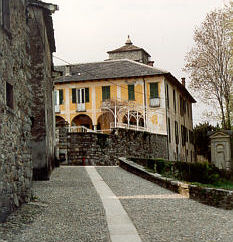 Lortallo is on a ridge 200 metres above the lake, with superb views of Lake Orta.  The oldest part of the village, with the characteristic villas and stone walls, is very compact.

The superb setting and microclimate probably explains why the area attracted iron age settlements, which have been dated from as early as the 4th to 5th centry B.C.  Archaeological digs in 1899, 1915-1938, and again in 1978 discovered a whole series of necropoli, and recovered  various ceramic bowls, funerary urns, bronze jewellery and other iron objects, dating from the iron age, gallo-roman period and early roman period.  Roman coins have been found in Vacciago.  These necropoli were found mainly in the level area below the old part of the village (some were found during the building of the road), and on the slopes of Monte Mesma.

The closeness of the villages on the ridge above the lake, namely Bolzano, Lortallo, Vacciago, Miasino, and Carcegna, looks like the tell tale sign of an early line of communication.  Knowing that the Via Settimia, the ancient Roman road named after the black emperor Septimius Severus - the main transalpine route from the towns in the Po valley right up to the Simplon pass - probably passed along the east side of Lake Orta (the Lacus Cusius for the Romans), it would seem likely that it passed through these villages - or rather that these villages grew up on, and perhaps flourished in part because of, this major Roman and medieval route.

Being on a ridge, with the lake to the west, Lortallo enjoys superb sunsets. 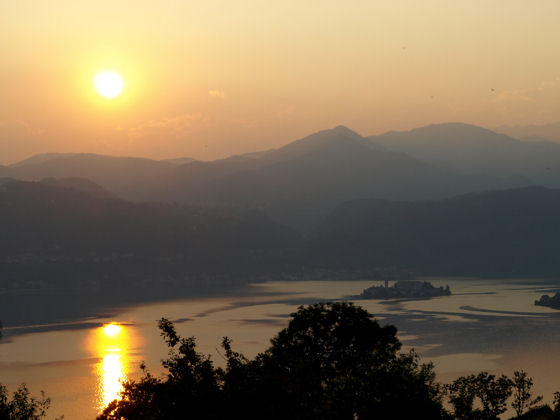 Sunset from Villa Gelsomina at Lortallo

Staying at Lortallo, you may also be lucky enough to see an occasional birds of prey circling high up above the ridge, making good use of the thermals from the lake below.

There is a great restaurant at Lortallo, the Vecchio Circolo. 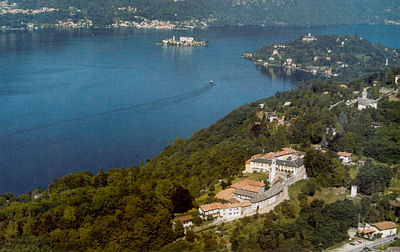 Aerial view of Lortallo, on a high ridge above Lake Orta. Up to the right is the church of
Sant'Antonio, with its characteristic orange topped tower, at the beginning of Vacciago.
The Vecchio Circolo restaurant is visible at the lower right.

You may also find more about the local area on the web site of the Comune di Ameno.