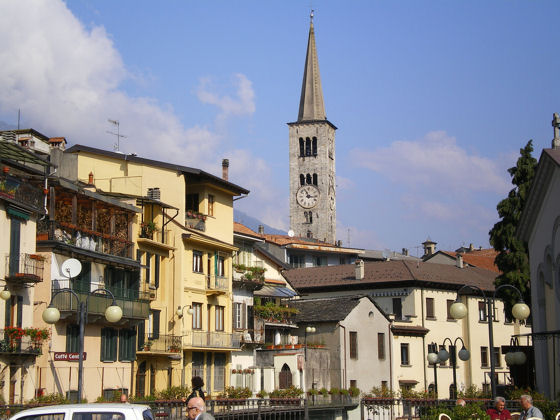 Omegna is the small town (of about 16,000 inhabitants) at the north end of Lake Orta, that sits on the Nigoglia, the outflow river.  Unlike the outflows of the other Italian Lakes, which drain southwards to the Po, the Nigoglia flows due north, straight at the Alps!!  This gives rise to the rather proud local saying (in dialect):

In fact, the Nigoglia drains into the Strona and eventually turns the corner at Gravellona Toce, to flow east, and then into Lake Maggiore (which is 100 metres lower than Lake Orta), from whence, via the Ticino, it does of course eventually drain south into the Po.  More facts and figures on the Italian Lakes here.  Another curiosity: this river is feminine ("la Nigoglia"), unlike just about every other river in Italian ("il Po", "il Tevere"). 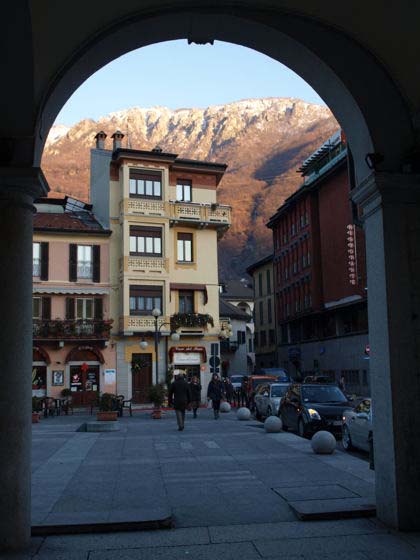 Omegna  in winter - the bridge over the Nigoglia - with the snow capped flank
of the Mottarone more than 1000 metres up in the background. 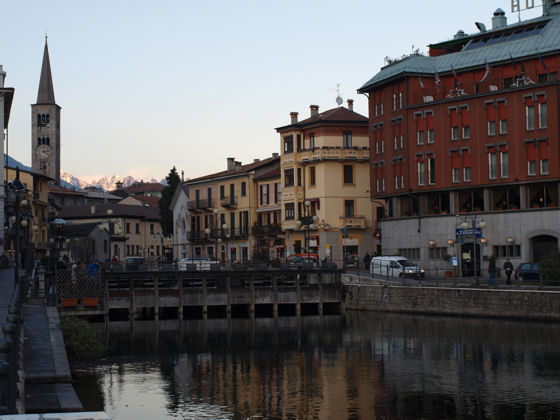 Omegna - the outflow from Lake Orta, the start of the Nigoglia 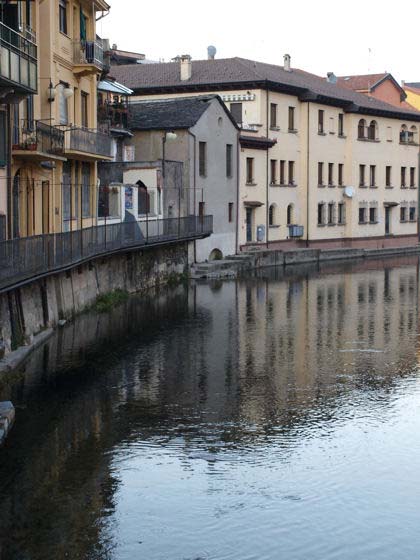 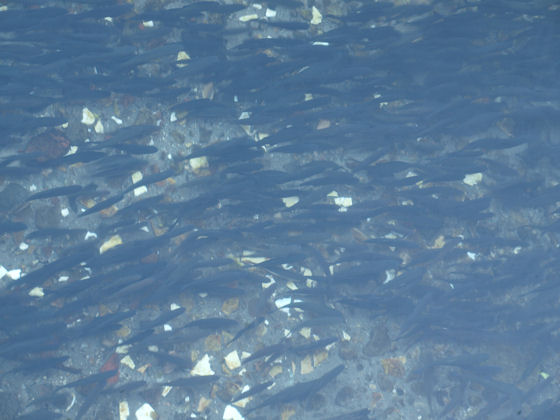 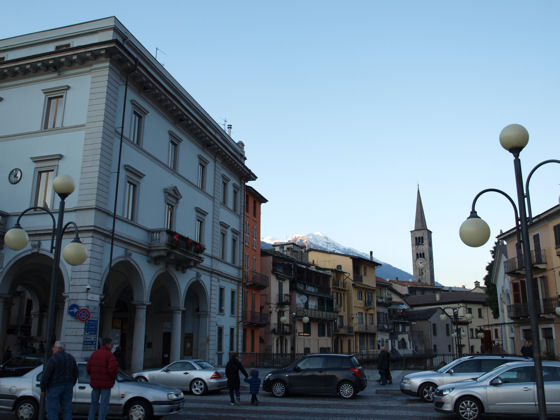 The busy little bridge of Omegna, Nigoglia at the back, mountains in the distance

Omegna can be reached from Orta San Giulio or Pella by regular boat service, see www.navigazionelagodorta.it for details (the 2012 timetable is here).

You will find Omegna a pleasant little town, without much trace of its former industrial nature, with lots of shops and cafes, and all in a unique setting astride the outflow river.  At the end of August the San Vito festival, famous for the magnificent firework displays, draws large crowds.  The area was the birthplace of metal kitchen accessories, like Bialetti (coffee machines), and near Omegna you will find the Alessi factory shop, and the offices of Lagostina - see our page on shopping for details of when to visit. 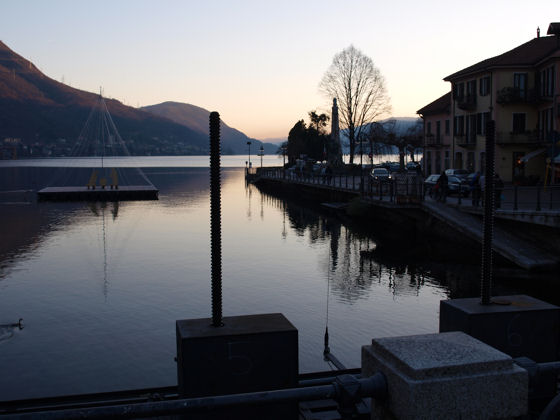 Winter sunset at Omegna, standing on the bridge over the Nigoglia, looking south.
In the foregound, the mechanisms holding the sluice gates that control the outflow of Lake Orta.

For more information on Omegna and what's on, see the local Comune's web site www.visitomegna.it